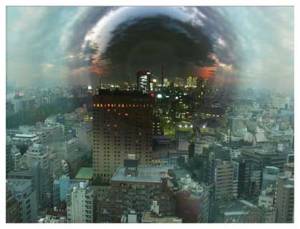 After this I saw another angel coming down from heaven, having great authority, and the earth was lightened with his glory. 2 And he cried mightily with a strong voice, saying, Fallen, fallen is Babylon the great , and is become the habitation of devils , and the hold of every foul spirit , and a cage of every unclean and hateful bird . 3 For all nations have drunk of the wine of the wrath of her fornication , and the kings of the earth have committed fornication with her , and the merchants of the earth are waxed rich through the abundance of her delicacies.

Commercial Babylon represents the late global system . We have religious Babylon which is the ( apostate church) which play a large role in the economic nations area. The collapse of this religious system , will be the beginning of the end of total empire of “the beast ” . 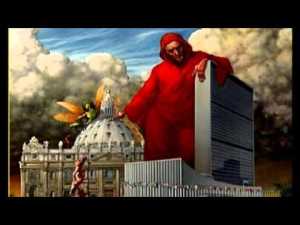 However this global new system will  have three more years and means reigning over the earth.

In this chapter four different voices are heard and by each of them we will learn how the results of these last days will end .

This first angel announces 1.  the fall of Babylon fall 2. by fulfilling prophecies ( 14:8 , 16:19) the meaning of the two times the Angel says  has fallen , has fallen! is due to a double a.  is the commercial and d. the religious . Finally the new religious and economic world system receives the wrath and God’s hand .

4 And I heard another voice from heaven , saying, Come out of her, my people, that ye be not partakers of her sins and receive of her plagues, 5 For her sins have reached unto heaven , and God has remembered her iniquities. 6 Reward her even as she rewarded you, and double paid according to her works: in the cup which she hath filled fill to her double .  7 How much she has glorified and lived deliciously, so much give her of torment and mourning : for she saith in her heart, I sit as a  queen, and am no widow, and shall see no sorrow 8 Therefore in one day shall her plagues , death and mourning and famine, and she shall be utterly burned with fire: for strong is the Lord God who judges her .

The other voice from heaven announces God’s people leaving, warning them for two reasons ( 1) because he knows that the city will be completely destroyed and God wants to save his chosen ones and for  ( 2) the city is satanic , and God does not want His people to contaminate . it is why the angel says out! In this world when you live without God you only live for worldly pleasures,  while the Christian lives for the pleasures of Christ. Let’s take a look at look ( verse 7 ) ” How much she hath glorified herself , and lived deliciously, so much torment and sorrow give , or whether this satanic city will receive double portion for their wickedness. We see in ( verse 8) says so in one day her plagues will come , death and mourning and famine , and will be with fire: for strong is the Lord God who judges her .

9 And the kings of the earth have committed fornication with her, and she lived in luxury that will weep and lament for her , when they see the smoke of her burning, 10 Standing afar off for the fear of her torment, saying ! Woe , Woe that great city Babylon , that mighty city : for in one hour is thy judgment come 11 And the merchants of the earth weep and mourn over her because no one buys their merchandise anymore: 12 merchandise of gold , silver , precious stones, pearls, fine linen, purple , silk and scarlet, 13 beasts and cinnamon, spice , incense , myrrh, frankincense , wine, oil , fine flour , wheat , all kinds of scented wood, all articles of ivory , all articles of costly wood, bronze , iron and marble , sheep, horses and chariots, and slaves, and souls of men. 14 The fruit you longed for is gone from you , and all your riches and splendor have vanished, never to be recovered . 15 The merchants of these things , which were made rich by her, shall stand afar off for the fear of her torment, weeping and wailing, 16 and saying, Woe , woe, the great city, that was clothed in linen thin, purple and scarlet, and decked with gold and precious stones and pearls ! 17 For in one hour such great riches . And every shipmaster , and all the company in ships , and sailors, and as many as trade by sea , stood afar off, 18 and saw the smoke of her burning , they cried out , saying, What city is like unto this great city? 19 And they cast dust on their heads , and cried, weeping and mourning, saying, Woe , woe, the great city , where all who had ships at sea became rich by her wealth , for in one hour she made desolate ! 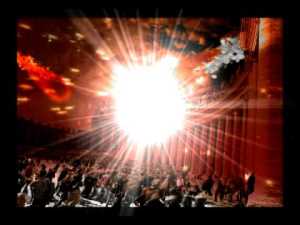 Here are two groups who lament the fall of Babylon 1. The kings of the Earth 2 . and the merchants of the earth. This collapse of Babylon will bring much regret , pain and tears to the land and they will see the true God they reject with adultery with Babylon,  worshiping false idols and love for money more than anything else . They thought their  luxurious life would last for ever , but now is over , observe the woe , woe ! lament in the city , just in a day is judged and in one hour has collapsed .

Their merchandise faltered disaster and ruin in that fallen earth and all its riches are over.  By this time the enslavement of man has increased,  in the last days Satan as he always wanted to have men slaved in spirit and in body. The wealth of the rich will doubled , while the poor impoverished. The destruction will come for both of great wealth also for the poor who have challenged  God.  All marine ad shipping industry will be destroyed and ruined. The world depends on these merchants but in these last days it all disappear.

20 Rejoice over her, thou heaven , and ye holy apostles and prophets, for God hath avenged you on her. 21 And a mighty angel took up a stone like a great millstone , and cast it into the sea , saying, Thus with violence will Babylon be thrown down , that great city , and never be found again. 22 And the voice of harpers, and musicians , and of pipers , and trumpeters, shall be heard no more in thee: and no craftsman of any craft shall be found in you, and the sound of a millstone shall be heard in you . 23 Light lamp will never shine in you, and the voice of bridegroom and bride will be heard in thee: for thy merchants were the great men of the earth , for by your sorceries were all nations deceived . 24 And in her blood of prophets and saints was found , and all that were slain upon the earth.

Now there is rejoicing in heaven because God has judged her. At last God avenged the blood of martyrs. The Babylonian system and for all it has done since the beginning has always been to kill steal and murder God’s people faith . All souls under the altar of God asked ” How much longer ?  ” well now they can see the answer to your prayers. God has avenged his blood. And earth laments the dead.

This stone that was thrown indicates the speed of God’s judgment upon total beast empire . Many think that this millstone may be the return of Christ to earth. according to Daniel 2:34-35 , 44-45 this is the “Rock” who hurt .

Then Christ has destroyed the rule of religious and the economic beast , but still there is a destruction of the army still to be defeated and for this we need to read chapter 19.