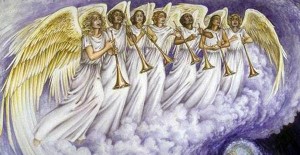 8 When he opened the seventh seal, there was silence in heaven for about half an hour. 2 And I saw the seven angels who stand before God, and seven trumpets were given . 3 And another angel came and stood at the altar, having a golden censer, and he was given much incense, with the prayers of all saints upon the golden altar which was before the throne . 4 And the angel’s hand went up before God the smoke of incense with the prayers of the saints. 5 And the angel took the censer, and filled it with fire of the altar , and cast it into the earth, and there was thunder , rumblings, flashes of lightning and an earthquake.

In the first three and a half years we see playing trumpets ,  and bowls spilling over the past three and a half years. This period is called the wrath of God . We see in (8:1 )  there was a silence in heaven for about half an hour after opening the seventh seal . This about to unfold God’s judgment upon the earth. By this time the appearance of the Antichrist  already has manifested there is  war , famine , death , martyrdom of believers and physical disturbances both in the sky and on the surface of the earth. After this big silence in heaven , John sees seven angels with seven trumpets

. Angels as we read has the power and the will to faithfully obey what the Lord commanded them. John describes seven angels standing before God. This means they are ready and willing to obey his orders . John then notes that each of these seven angels are given a trumpet. As mentioned above the trumpets were very important in the nation of Israel, because as we read were used to summon the congregation and for breaking camp . Were also used to give order of battle in a war, and  to solemnize the holidays of the people of Israel.

So we see that angels are ready to blow the trumpets 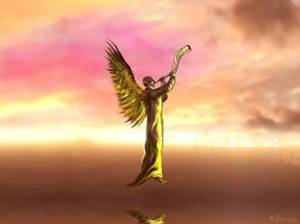 , and this has to do with a declaration of war , as well as the fact that the King of kings is about to be crowned and enthroned , and that the time has come to judge their enemies.

John then sees another angel who came and stood before the altar and this can be none other than the great high priest , Jesus Christ , in his office to offer the prayers of the saints. One of the names of Jesus Christ is just the Angel of Jehovah. The text says clearly . ” And the angel’s hand went up before God the smoke of incense with the prayers of the saints ” In this case , the prayers of the saints that had to do with God executes vengeance against the ungodly humanity during tribulation will use all his strength to persecute and murder Christians . This sentence is taken to the throne of God through His Son , the Lamb, Jesus Christ. God receives him as a fragrant smell, symbolized by the fragrant smoke of incense. Now, we see that God is more than ready to answer those prayers that have been prayed in the name of his son Jesus .

That’s what we have in Revelation 8:5 which says, ” And the angel took the censer, and filled it with fire from the altar , and cast it into the earth, and there was thunder , rumblings, flashes of lightning and an earthquake “

Here is the angel doing something unusual. You are taking the censer  Angel is filling the fire of the golden altar of incense and the altar 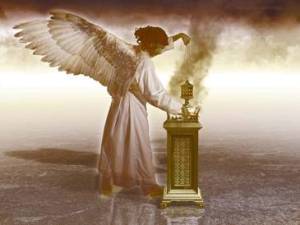 , and instead of burning incense in the fire whose perfume saturate the throne of God, is shedding heat to the earth.  In other words the angel is sending FIRE TO EARTH. 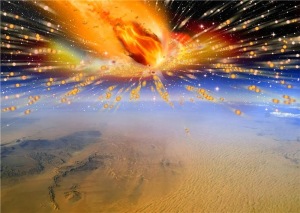 It is a symbolic way of indicating that the time to attend the prayers of the saints in the sense of judgment or spill fire of God on earth has come . As soon as the angel turned the fire of the censer on planet earth , the whole earth shook in frenzied convulsion. The atmosphere expressed horror at what was about to happen. It was heard thunders and voices and lightnings, which  lightnings were seen as the worst of storms. The earth also shook violently. The earthquake was a kind of complaint of pain emanating from the earth. 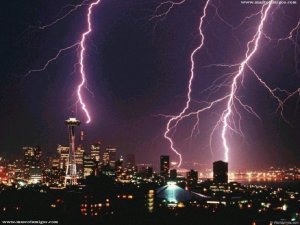 voices, and an earthquake. Prayer has power. Once again we see that prayer is powerful . !

Finally John describes the seven angels and trumpets leading to the mouth to voice their sound.

Revelation 8:6 says, “And the seven angels which had the seven trumpets prepared themselves to sound . “

Everything was ready to go drawing back the curtain and take place the trials that come after the sound of each trumpet. 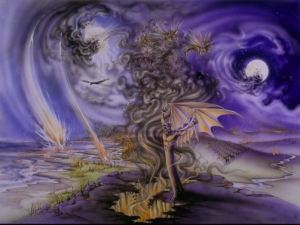 John noted that on the surface of the earth by other strange storm struck . Instead of raindrops falling hail and fire mingled with blood. The Bible interpreters have proposed several hypotheses to explain this rare phenomenon. Some have concluded that it is the product of a fierce volcanic eruption has released water vapor and incandescent material into the atmosphere and gravity down like a mass of hail and fire of a blood red. Hail storms can cause terrible disasters , because when the fire mixed with the hail , the possibilities are frightening desolation . third of trees and green grass will be destroyed by the first trumpet judgment. 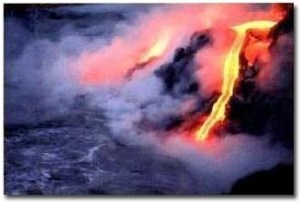 , making a third part thereof in both blood and killing a third of its creatures, like destroying a third of the ships . Here the sea can mean only the Mediterranean Sea , but it is more likely that all the global seas are included.

The 3rd . Trumpet, third trumpet falls from heaven a great star burning like a torch , affecting rivers , causing bitter waters . God is the only one who knows the star of verse 10 , as He calls the stars by name (Job 9:9-10 ) 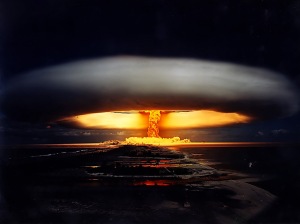 darkness the fourth angel trumpeting brings great calamities in heaven , because a third of the light of heavenly bodies darkens. This makes fulfilling the prophecy of Jesus recorded in Luke 21:25-28 . Worth mentioning is interesting that God created the heavenly bodies on the fourth day of creation, when the fourth trumpet sounds 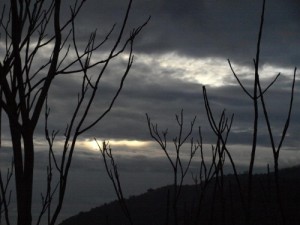 But mankind does not repent even when panic and through all these horrible events . This terror that John saw and we are here writing about will not make men repent . Surely an open crime wave like never ever on earth has ever existed it will be felt on earth as the darkness of night will feel dense to day , because until the sun be darkened . 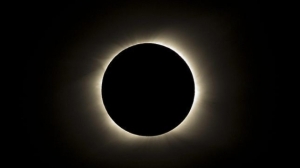 And this angel who says Woe, Woe, Woe,  of those who dwell on the earth , because of the trumpet blasts about to be sounded by the other three angels! literal is a messenger of God .  This was a warning to earth that the next three trials will be even worse ! the inhabitants of the earth are those who have rejected Jesus to follow the things of the world and worship all weakness of the flesh.