4 Around the throne were twenty-four thrones, and I saw it sitting on the thrones twenty-four elders , clothed in white robes , with golden crowns on their heads ” 5 And from the throne proceeded lightnings and thunderings and voices . Before the throne burn seven torches, which are the seven spirits of God.6 and before the throne there was a sea of ​​glass like unto crystal : and in the throne , and round about the throne , were four beasts full of eyes before and behind . The first living creature was like a lion, the second was like an ox, the third had a face like a man, the fourth was like a flying eagle . And the four beasts had each of them six wings about and within being full of eyes.

Notes: This chapter describes what we see things that will happen once the church is taken out of the ground in what is known as the rapture . John saw an open door in heaven and heard a voice like a trumpet , the voice of Jesus Christ was inviting him to ascend to heaven to show you what must take place after the period of the church. Instantly, Juan found himself in heaven, the Spirit and the first thing he saw was a throne. This does not refer to a piece of furniture where you feel an important person but a symbol of government and sovereign authority.

On the throne he was sitting one whose appearance was like jasper and carnelian . John did not see anyone with human features on that throne , only comparable to precious jewelry , jasper and carnelian shine. Who sat on the throne is God. John was contemplating the glory of God. Around the throne were a wonderful halo like a rainbow , resembling an emerald. All this we read in the previous chapter . This time , John goes on to describe his wonderful experience at the sky. He saw the throne and thrones also described . Around the throne were twenty-four thrones God . In each of these thrones sat an old man . Elderly , rather than older speaks of dignity. Being seated on thrones around God means that these elderly

4 are also reigning throne together with God. Their white robes symbolizing justice Scoring having trusted Christ as Savior.

Their golden crowns symbolize the reward for their righteous works. The elders can not represent others but the redeemed of God . The big question is : What redeemed? Well, can not be Israel, because at this point of future events , the nation of Israel still will not have been saved and glorified and crowned . Later , it will become apparent in the next chapter , the resurrection and glorification of Israel shall come to pass at the end of the tribulation period . Nor can they be redeemed for the period of tribulation because tribulation is just about to begin . The only group of glorified and crowned at this stage of events of future events is redeemed church . Thus, we conclude that these twenty-four elders represent the church we in your state of glorification in heaven.

John goes on to relate what his eyes were seeing in the sky. Things were not static , certainly not. There was feverish activity that came from that majestic throne. John is at a show never seen before . The dazzling zigzag of lightning lightning and deafening thunder mingled with phenomenal voices. It was enough to scare anyone. What does this mean ?

Well, leads us to think of the time when God gave the tablets of the law to Moses on Mount Sinai . The mountain is lit up with lightning and thunder trembled and voices echoed everywhere. It was a sight that struck terror . What John was seeing symbolizes that God is ready to pour out His judgment on the submerged land in unbelief and rebellion. How right is to say that the Bible is a fearful thing to fall into the hands of the living God . 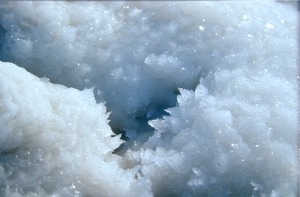 As we know Revelation 21:1 says that in heaven there is no sea in the terms that we know the seas , then what John was seeing must have been something transparent , hard as glass that stretched before the throne. Something similar saw Moses, Aaron , Nadab and Abihu . Exodus 24:10 says: ” And they saw the God of Israel : and there was under his feet a pavement of sapphire, like the very heaven for clearness ” It is the glory surrounding the throne of God in heaven . To make the most spectacular wonder of heaven, John describes one element . These various living beings.

It is difficult to get an idea of ​​what they looked like these living beings. Being full of eyes in front , behind, around and inside reminds us that nothing escapes his gaze searchingly . These living beings are not omniscient , because only God has this attribute , but they are certainly aware of everything happening around the throne of God. But who are these beasts ?

A comparison of these living beings with which both Ezekiel and Isaiah saw in vision, helps us to identify these living beings. These cherubim , who are dealing angelic order to keep the holiness of God. His presence around the throne of God guarantees the absolute holiness of heaven. But note that every living thing had its particularity.

In the next verse we will see more detail about these living beings.